Makinf pictures of my painted minitures is proving to be a nuisance since the light and camera won't play along. So for now here's a few things I found out while perusing the net. First up: Youtube... now it's not new and I have known and used it for ages, but since I got back into the GW worlds again I went to look for tutorials and while doing so stumbled along these two nice channels:

The channel is nice because of the depth of subjects discussed, I particularly like the series on Gaunts Ghosts. Can't say I am particularto the guy's voice or his intonation but hey that's highly personal. I do like the different voices and sound effects used though.

My personal favourite is Arch Warhammer, 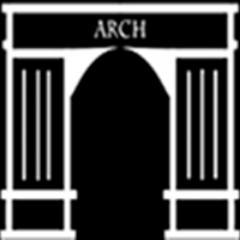 this guy is just a hoot allround, what a brilliant story teller! The only niggle I have with this channel, of which I have pretty much listened to all the 40K content, most of the WFB content and am now going through the other stuff (specially the CBT series),is the cussing. I suppose that's what people do these days but it's usually not my style, well at least not online where you cannot look or hear how someone intends the words to come over. Oh and Arch calling the Dark Angels a nasty version of the female reproductive organ is not in his favour either, "but hey: details!". The Siege of Vraks series is a blast from beginning till end, just like the Horus Heresy series because I have no flipping interest in doing anything in that setting but now have been updated in all goings on in it anyway and in a pleasurable way at that.

Last but most certainly not least is a brilliant addition to any game: a soundboard the one I use is

This is a place where you can get soundscapes for your games, best used with Dungeon-crawlers, RPG's in any setting and smaller skirmishes. I use them mostly with the Heroquest en Space Crusade games with Arthur and it's great to have a sound of a blast door opening and a flamer whoosing when your figures actually do this. There are ready-made boards you can use and options to create your own. Such a handy tool.

Sadly that's all for now folks, see you later I am sure!

Great to hear that your painting and modelling Mojo has returned.