Yesterday I fought two great games of Classic Battletech. For these games I used my First Aragon Borderers, Federated Suns regiment for the first time and did really well. While the first game technically ended in a draw I was left in possession of the field. The second game was a protraction of the first two games, we played in 2 against 2 teams first games were 1 on 1 and then the second and final game was in pairs. This end-game resulted in Albert-Martijn and me winning the battle by rescuing the governor and keeping the enemy (The Draconis Combine) from capturing a bridge. 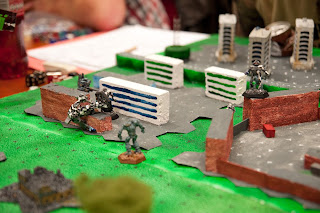 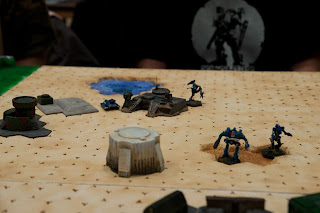 Cheers Sander
Posted by Sander at 15:46 No comments: