Huzzah my HQ Dashboards have arrived!

"What is he going on about?" I can hear you think. Well I will tell you. My Heroquest craze has prompted me to join 2 Heroquest related Facebook groups. Some time ago I spotted an Italian HQ player (Leonardo Carlaccini) who made custom Dashboards to put all your cards and paper gear on. At first I thought this to be superfluous, we had only played a few games and did not have more than one card each (mostly bottles of potion which you would use immediately anyway) and thus such a dash was not necessary.
But as we progressed in the extension games both at home and at the schoolclub, players started accumulating wargear, spells and potion in an alarming rate. So now I could see the need for such a dashboard. 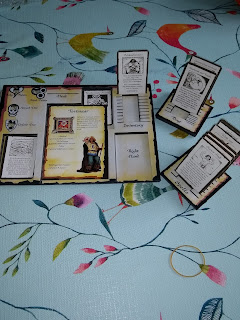 I ordered the Big Classic Pack and it arrived today! It is totally awesome. There's 4 dashboards for the Heroe players, two separate spell-holders and 4 "bags" for wargear and other equipment. 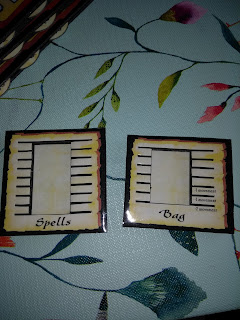 The dashboard has a space for the main character card, armour card, headgear card, left- and right hand and inventory. 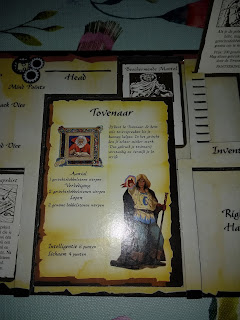 In the left hand corner there are a lot of dials which can be used to keep track of the Body- Mind- and attack/ defence points/ dice. Little integrated wheels make it possible to adjust those stats if necessary. 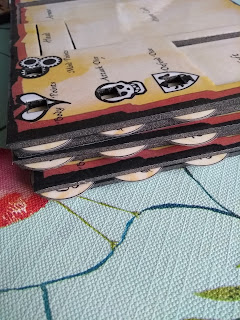 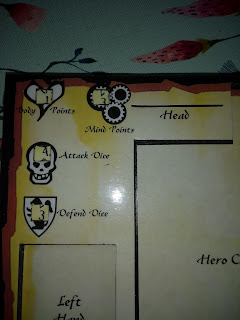 In short: these are brilliant accessories for the game. Leonardo has also programmed a Card generator with which you can make your own Character, monster and other cards for the game. Languages are currently English and Italian but Spanish will follow soon.

I can heartily recommend both Leonardo's products as well as his service!