You guessed it, it's that time of the year again: time for a Year Review! Overall 2019 seems to have not been everyone's favourite year with political and climate related issues the world round, but hobby-wise I am not complaining.
Before I go on to tell what figures were finished this year let me point out that I have got two posts up at the 10th Analogue Hobbies Painting Challenge. Go and have a look! 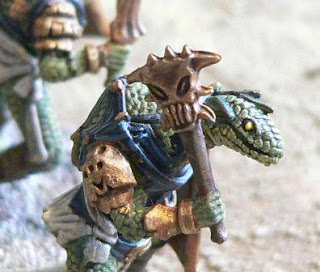 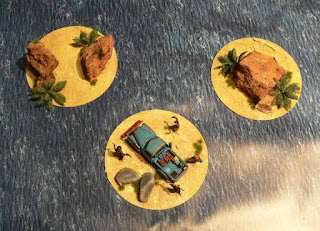 As for the figure count this year, here we go:

That amounts to 381 painted items, not bad at all!

So what's up for 2020? Well a lot is put in the painting cue for the AHPC. Amongst these prepped figures are quite a lot of 1:72 HäT figures and a lot of 40k and Indian Mutiny figures. 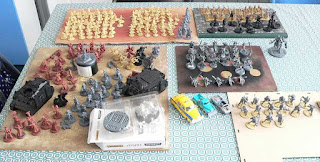 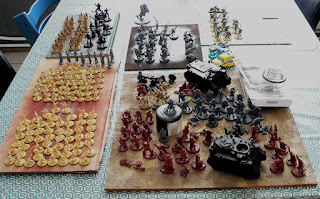 While I have a lot I would like to do next year, I have decided to stick with the motto of painting what I fancy doing, since that is what has kept me going and prevented an after-Challenge 9- depression. So yeah loads planned for the next year. I do find myself lacking in motivation to post it on the blog (a Crisis Convention report is long overdue) but I will try to keep you all posted.