Back with a tribute!

Okay so I did not expect to be AWFK for such a long time. The flu came back with a vengeance and afterwards the public exams had to be corrected, which is mostly done now. When the correction work was done I managed to paint up some colonial figures in 28mm, just because I wanted to. I also ended up doing some Victorians and both these will feature in a later blogpost.

For today we will have to suffice with just one figure, Sir H. Paget-Flashman, Hector of Afghanistan and Hero of Balaclava and so on and so on. He is from this series LINK and I have pretty much all those figures of him and his ladies. But... they are far too large for the present 28mm standard and ugly in detail too, so I have already obtained the Flashman figure from WI and will invest in the Studio Miniatures version anytime soonish too! 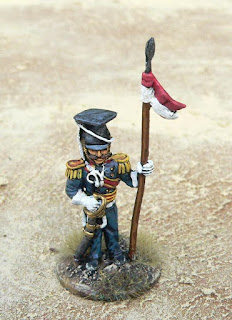 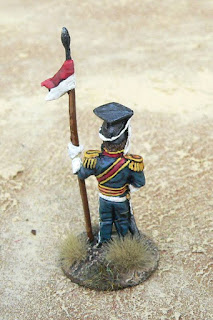 So why did I get paint on this one? Well I have been re-reading the Flashman Papers recently and that got the juices flowing. It also got me going on yet another new project for Sharpe Practice, more about this in a later blog post as well!

Some of you might have noticed that I have named this post "A tribute" and yes I would like to dedicate this figure as a tribute to someone who has been and still is, a big influence on my current hobby-stuff, i.e. Lord M. Awdry himself! Michael has been the very spitting image of the British gentleman and provided me with advise, help and guidance where needed and shares my sarcastic and whimsical sense of humour. So I had a tremendous heap of fun painting this figure and it got me into a new and thrilling adventure. Therefore it will sit in my showcase to inspire me as a silent tribute to the inspirational Lord Awdry!