What can I say? Life has been...trying to say the least. I have not been idle on the hobby front but rather idle on the Blog front. I still find it hard to find the motivation to upload pictures to the blog and write these posts as I can use the very same time to paint figures too!

2021 has come and gone in the blink of an eye and I totally forgot to do a review. I will try to rectify that here right now as it is long overdue. That said I also need to say some stuff regarding the last AHPC. Arthur and myself participated again this year and I even managed to win the Challengers Choice for this Challenge. While I am mighty proud about this, I am even more proud of the Lad who has discovered the joy of painting for it's own sake, rather then get painted miniatures on the table to be able to game with them. Over the coming weeks/ months I will publish links to posts of the last Challenge here for those who have missed my entries in the Challenge under the header of: "Challenge Memories", combined with some all new posts.

So okay let's go ahead with the year's review shall we?

Well let's see what I did in numbers this last year!

This makes for 460 painted miniatures and 3 vehicles as well as 8 terrain pieces of rather large scale. That's 2021 settled I guess.

So what has 2022 brought us so far? There's a great gaming group in town which I have more or less joined. More or less, since the nice people over there mainly play board and card games (not really my cup of tea to be honest) but a fair amount of figure games as well. The management has seen fit to dedicate their gamespace to miniature games each first Friday of the month and we'll start this Friday. On top of that I have started a Blood Bowl craze in that group and it's mighty fun! So I have been painting BB teams as an idiot, I have painted an Ork team for Menno, a Snotling team for FLGS owner and Club leader Martijn, a Skaven team for my buddy Mark, an Ogre team for Roel and now another Snotling team for Linda... In between I have also finally finished my own Darf team and gotten many new teams I still have to paint.

Here are some pictures of the highligts of last year and in the future I will post some more stuff as stated above. 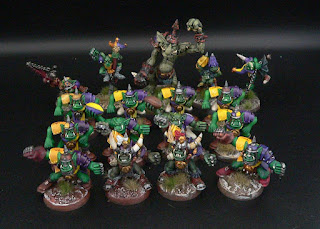 Some of the mechs I have painted for CBT 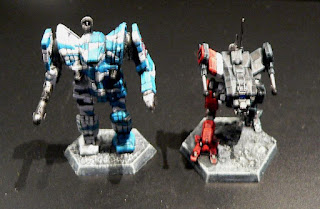 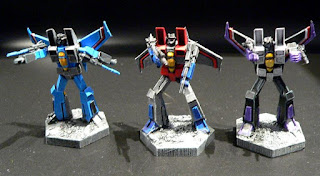 Mansions of Madness figures I have painted for Roel: The incredibly cool Ankh Game figures I have painted for Martijn: 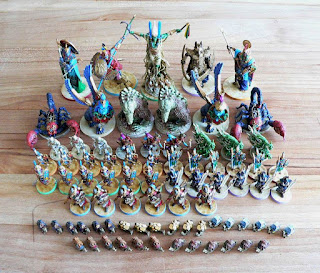 The 2 Laarden 1702 vignettes on which more info will follow soonish! 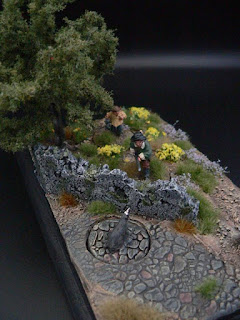 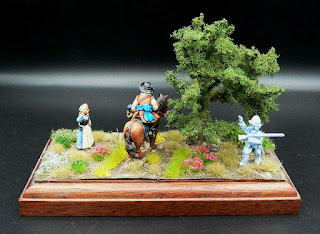