More Heroquest over at AHPC

Over at the AHPC blog you can watch my second post which is coincidentally Arthur's first Challenge entry.

Cheers Sander
Posted by Sander at 08:24 No comments: 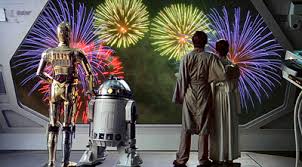 I also would like to let you know there's a small post up at the "other" blog.

As promised, I will try to recount the fairings of the year of 2017 which will end tonight at 24:00 o Clock. Let us start with the amount of figures painted:

What does this mean? Well the most evident winners are Heroquest and GIJoe, that much is obvious. But the foremost conclusion of this counting must be that I am shifting from 1:72 scale figures towards 28mm figures. This is a change I have long been able to prevent since I could always do all I wanted to game or collect in cheap 1:72 figures. I still like big games with sweeping lines of cavalry and infantry, but the lack of players in my immediate vicinity has caused a lack of interest in this area. Also the fact that figures based for skirmish games and more than one rule-set and therefore in more efficient numbers, are something I really like doing since the result is faster and more complete. Will anyone ever finish their French Napoleonic force? Or 7YW Austrian/ Prussian one?

I will try to bring the love for 1:72 figures to life again with the Big Project in the present AHPC 8, but can make no promises. I will finish the 1:72 figures I have lying and will need to buy a whole load of new HäT French infantry for Salamanca when they arrive but from then on the focus will slowly move onto smaller, prominently, 28mm figure projects.

As far as gaming is concerned from the start of the schoolyear somewhere in August I have been able to get at least 1 HQ game in each week at school. In the weekends 1 or 2 games of HQ with Arthur have been done as well, so yeah I have gotten my fare share  of HQ gaming in 2017. As for other games, these were mostly at the Poldercon (i.e. 3 games) and I will be going there again in February. I also played two X-wing games with Mark and that pretty much wraps up my gaming. Now there are loads of bloggers that would tell themselves after seeing this low game-activity that they would endouver to get more games in during the new year. I won't! I will play whenever and whatever is put on my path and am otherwise very content with painting figures and scenery.
My Birthday is coming up and I have a whopper of a present planned for myself, okay that sounds wrong. I mean I have asked family and friends for a contribution for a whopper of a present which I will then buy and try to get finished soon. It is a whole load of scenery usable with several of the projects I have running now.

More on that soon!

For now all I can say is: have a Happy New Year and let's see each other in 2018 for more painting and gaming fun!