When I bought one of the two Warhammer Quest boxes I own, the contents were supplemented by a white metal wraith king on a throne. I believe it to be an old Grenadier Miniatures set, but have not taken time to check it.
Anyway, it screamed "Return of the Withchlord" to me, that's one of the Hero Quest expansions for those of you unfamiliar with HQ. 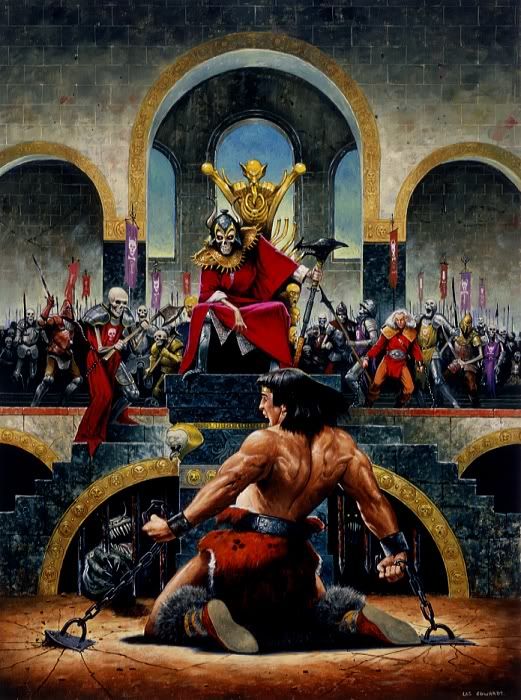 So I took my cue and tried to paint it up like the cover art of said expansion. 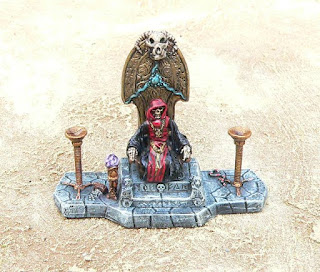 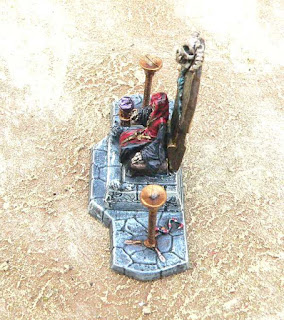 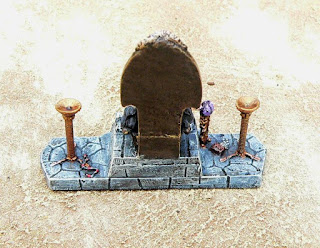 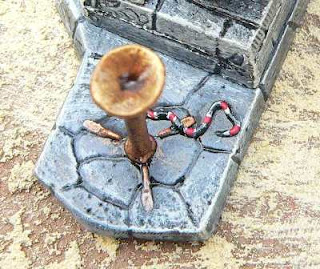 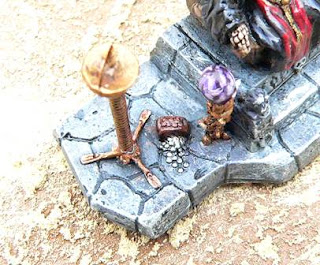 I love the little details all over the base and this will make a very nice centrepiece for the final mission of this Quest I am sure.

Even though this game was played over 2 weeks ago, I had taken pictures and wanted to share them, hence this short AAR.
X-wing is the default game for my gaming buddy Mark and myself. We kinda know the rules, have more than enough scenarios and miniatures to play some challenging games with.
We seldomly use upgrades for the fighters we use as we tend to forget them and hate bookkeeping.

Undoubtedly I own the largest collection and many of the vehicles (like for instance the Rebel transport, you know: the one that got away first) have not been used on the table before.
This time we decide to use the Hawk and the YT2400, Mark needed to use them to find 3 loot markers and get them to safety anf I just had to prevent this from happening. 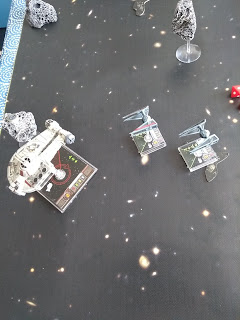 As you can see I got to upgrade my TIE's to Interceptors. 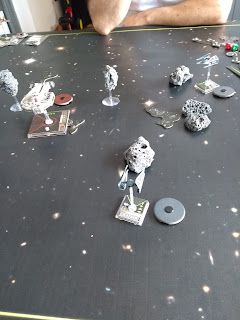 The meteores moved around using a scatter die and the 1 arrow ruler. 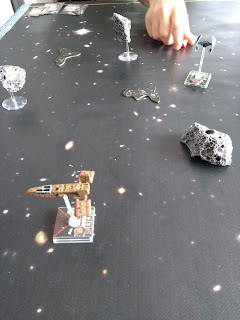 The Hawk could only carry one loot marker and as soon as he found one, Mark flew it to safety after a strafing run from my Interceptors badly damaged it. 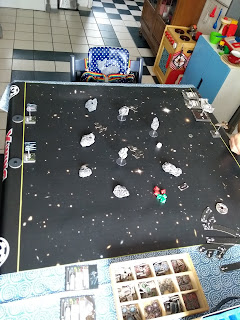 Some of the markers were duds. 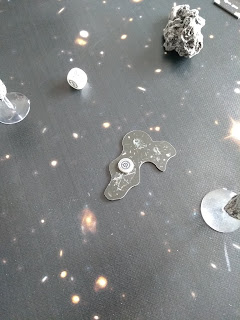 The YT is not quite the fastest heap of yunk in the galaxy you would expect. 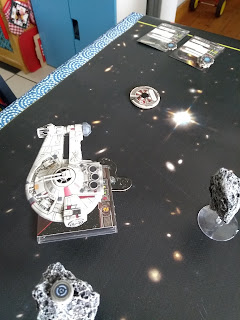 Damage is sustained by the rebels. 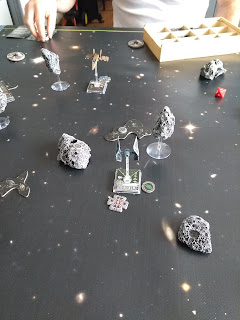 After I totally misjudged my move, I made ready for another deadly strafing run. Did I mention I really love those Interceptors? 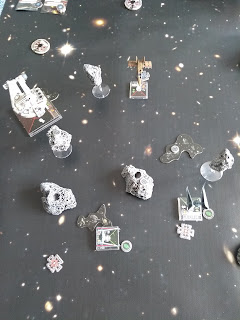 With the Hawk off the board I could give the YT my complete focused attention and while it was carrying the remaining containers and racing for the finish, the Interceptors gunned it down mercilessly. Another victory over the Rebel Scum for the Empire. 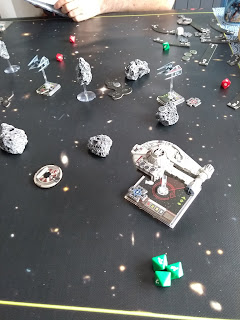 On to painting stuff again now!

Cheers Sander
Posted by Sander at 15:38 No comments: