It's December 31st over here and traditionally that's a time for retrospection and evaluation. Loads of other blogs have similar posts so why shouldn't I do the same?

Let's look at 2011 on two levels, the personal- and the hobby-side of life. As far as the former is concerned the major event happening this year must be the birth of our son Arthur. He's a true delight in all his babyness, I know think I understand other parents lots better and am now convinced there are things you only ever truly understand when you're a parent yourself, I hate Mell Gibson's Historical films but he's right in the Patriot when telling his eldest son to shut up and that he'll understand when he has a family of his own.

Hobby wise there are several things of note to mention. Where I tended to do armies for all kind of periods and conflicts before, 2011 brought me some structure in the historical part of my hobby. I am now grounded firmly in the period of the Redcoat and The Great War. This is also true for the conflicts I am already entranced with: for the Colonial period I will mainly do a British army nothing else. Napoleonic-wise I've discontinued the idea of ever doing Austrians, Swedes, Spanish and Late War Russians, instead I'll be focussing on the Peninsular War, the Waterloo Campaign and Wellington's Indian Campaign.Yes I'll be making short trips into the El Cid and Ancient age but these are limited to the figures I really like. I have played some great games this year with some great chaps all round, thanks for that lads!

In the Sci-Fi and Fantasy ranges I have started a WFB Gobbo army which is just for fun and all models are bought on discount or reduced prices, so as not to fatten GW any more then is strictly necessary. The army is still too small to really play a game with but is nearing it's completion. As you have been able to read in this blog and will be in the future I have been drawn into Dystopian Wars and this is really a very grand game as far as mini's and rules are concerned. I can't wait to get my army done and get it into action in 2012.
I guess I made the decision to definitely scrap my Cygnar army for Warmachine, as far as I still think they are great miniatures worth collecting, but I won't be playing with them any time soon. In the same line of thought I also scrapped the idea of ever really getting into 28mm gaming apart from my Greeks who are now on the back-burner for some time. The one game I really neglected and shouldn't have is Classic Battletech, I've still read the novels this year because they are great stuff, but have played too few games and painted even less mini's. That's one resolution I have for 2012: remedy the latter situation!

Enough ramblings for now! Let's just wish you all you wish me for 2012 only double!

Listening to "Dream" by the Cranberries
Posted by Sander at 12:45 3 comments:

The Christmas Holidays are gone and past, and boy did Santa bring me lots of nice stuff! More on that in a later post first up and long overdue is a post on my latest project. While I am in the process of finishing the Napoleonic Polish Grenadiers for Uwe, I came to an agreement with Paul and Ian from Crush The Kaiser games. They blew me away with their demo game at the Crisis in Antwerp last November. It was a huge West-front table peopled with  20mm plastics and some metals. They fitted right in amongst all the 28mm mainstream "big boys" and in my honest opinion looked far better then most... Now for their next project, of which I am not going to tell too much here, they'll be needing a 60 odd French Marines or Naval Infantry. Since I did a conversion way back when the Early War French Infantry from HäT was released we decided I'd have a go at these. Here's part one of the WIP of these figures.

Below are the regular privates with green stuff bonnets, quite a lot of work to be honest...

To get a bit more diversity I converted most of the command figures, I used weapon arms from other HäT sets (WW1 American Infantry and Colonial Indians) and so head-swaps with WW1 Airfix Brits.

Finally up are two painted test figures. If you take a look at my original conversion (see link above) you'll notice I used a darker blue for the uniforms this time and also did the equipment in the regulation black leather as featured in The French Army 1914 by André Juneau.

I do hope Paul and Ian are content with these!

The Crush the Kaiser project is very much a project born of love for the hobby not a commercial firm as such. Therefore progress on website and rules might be a bit more slow then you'd be used from a professional firm but all the same very much worth your while!

Listening to: "Everybody Else Is Doing It" by the Cranberries
Posted by Sander at 11:51 4 comments: 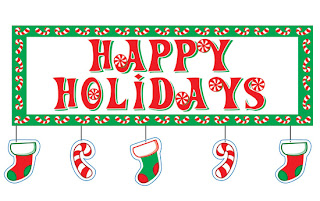 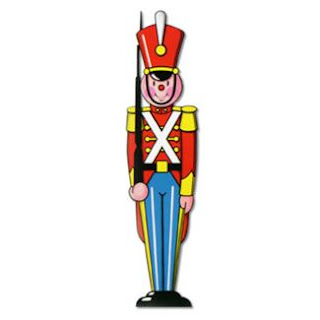 Scotland over the top!

Listening to: "Far far from Ypres" songs from the Great War
Posted by Sander at 19:58 1 comment:

Well what do you know? I reached the sacred benchmark of 50 people kind enough to show interest in my ramblings. Thanks mister Sutton for being number 50!

Cheers Sander
Posted by Sander at 21:16 No comments: