As I have mentioned a few times before, I have been beavering away at two big commissions for the FLGS. One's almost finished and concerns the figures from the La Haye Sainte boxedset from Warlord Games. The other is the Stalingrad Collectors edition boxed set from the same company. Today's postshows you some of the test figures I have done for the latter project. 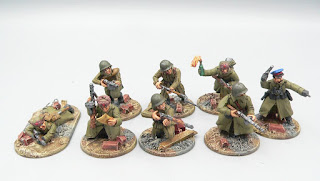 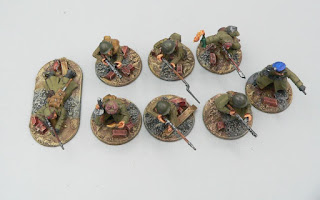 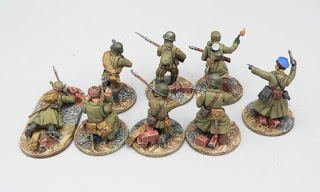 These figures of course represent some of the dour defenders of Stalingrad and I must say I like the options this plastic set gives you a lot.

I hope this suffices as a teaser, since a lot of figures are still in the works