In town we have a lovely toy-shop, Het Hobbelpaardje (the Rocking Horse) that sells high quality toys, not the plastic, electric screaming neon colours trash you find in most toy-shops nowadays. They also sell board games, can you guess where this is going? Yeah, a short while ago they also started to sell GW stuff and are now an independent retailer for Warlord Games as well. I might have told in an earlier post that I have painted up a set of  GW "First Strike" figures for demo use and that's pretty much that got me back into painting Space Marines.

Now Arthur has been into Harry Potter for some time now and that got me curious about the Knight Models HP miniature game. As it happens Martijn, the shop's co-owner, had two of the games lying around; one personal box and one for the shop. Since he apparantly has two left thumbs he broke pretty much half of the wands in the boxes and I promissed to see whether I could fix them. "If you are able to make one complete set out of the two that's fine!" he said, yeah well so I made him one big set using all figures by doing some small conversions ;-) 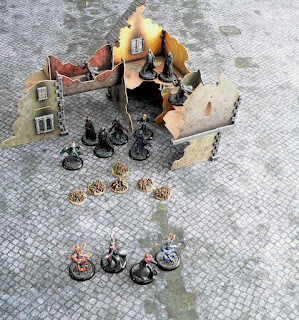 The forces of evil 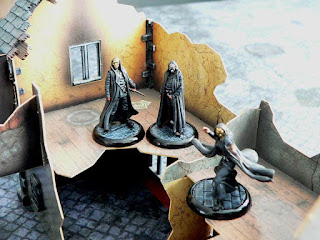 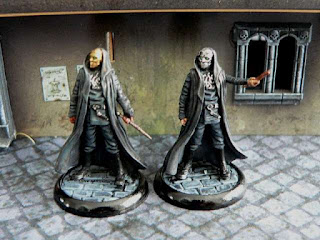 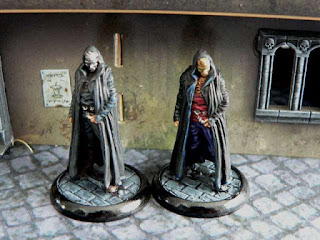 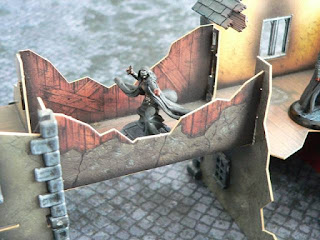 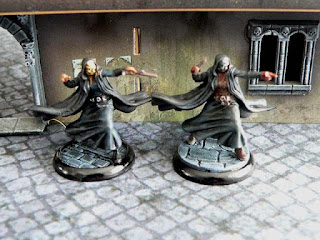 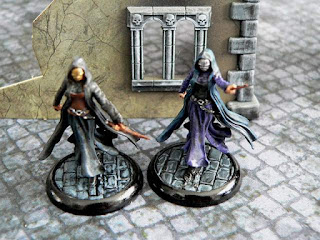 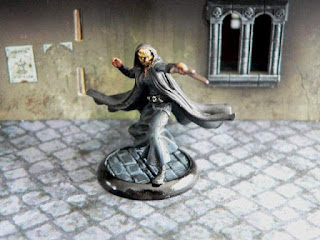 Slytherin students with Draco to the left: 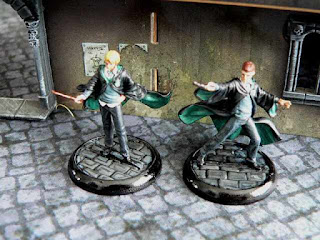 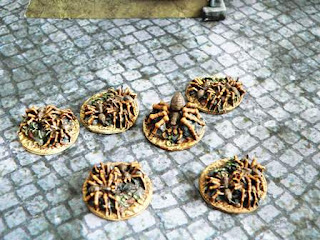 The evil force all gathered together to do Lord Voldemort's bidding. 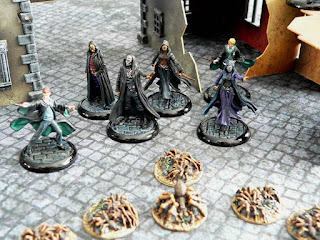 The forces of Hogwarts 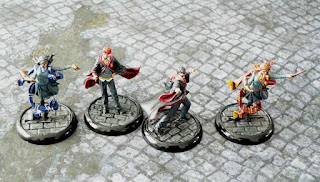 One of the Hermione figures had..yup a broken wand, so I replaced her hand and painted her up like Cho. 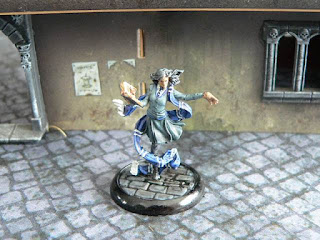 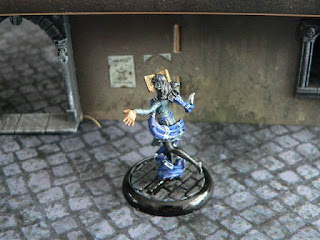 Draco (left) and Ron (right) are both made using the Ron figure. The wand on Ron's figure had broken so I painted the remains brass to represent the deluminator. 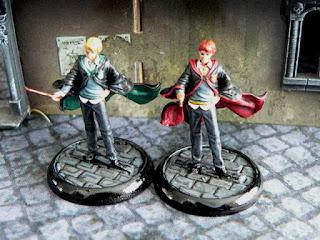 Harry himself (right) and an unnamed Slytherin student using the same figure but since the want had broken I replaced it. 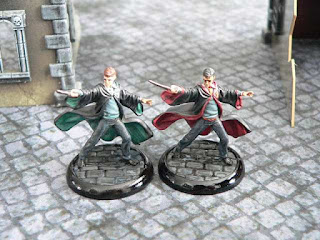 Hermione and the lads all together facing the forces of evil. 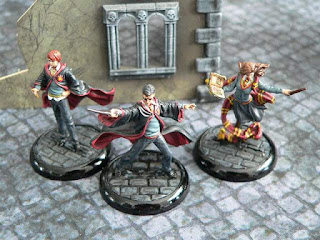 So what's the judgement? Well figure-wise, the resin is really fragile it will brake as soon as you look at it. That said the figures are beautiful, truly! If you're a true Potter-head you'll want these in your collection. Price-wise they are pretty expensive so that's a bit of a thing. I was allowed to borrow the rule-book as well and have a look at the magic cards. I think I rather dig the rules excepting the wound-tracking system, that looks like unnecessarilly complicated to me.

For now I have decided to buy some Nano Minifigures Metal Harry Potter figures and re-paint them for use with the ever flexibel Hero Quest rules. More on this project later! 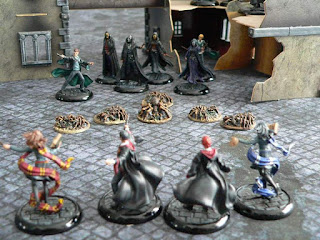